I attended the Georgia (now, Hogan) Institute of Cosmetology and Esthetics. Within the year I was there I attempted to go natural and changed my mind about it after realizing how much work natural hair really is. I tried and failed again last year but third time is the Charm, right?

I am a lover of wigs, sew ins , braids, and practically all protective stylings because I don’t like doing my hair whether it is relaxed or not. When I decided to let my real hair breathe earlier this year I realized that there was a lot more natural than relaxed hair under that wig so I did what I have been much too afraid to go through with on my past attempts at going natural, THE BIG CHOP. A beautiful and freeing moment that was.

Man was I wrong about how difficult this journey would be. It is far worse. Natural hair is work , and my hair is truly unruly. It’s so dense and coarse..and dry. At the length that it is there’s only so much I can do. So I’ve kept it braided back under wigs  but if you know anything about NOLA in the summer time then you are aware of why a wig just won’t do. I even had box braids which are super convient but still limiting. What I truly desired was something fun, something out of the box WITH the luxury of low maintenance. Yea I know, That’s asking for a lot.

Through my cousin, I found a young hair stylist named Brittany. Brittany specializes in braids of all sorts and sew ins in the city of Slidell which is about 30 minutes east of New Orleans. When I visited her Instagram page (@brittanyshairpage) I was stunned at how neat and precise her work appeared to be. I decided to give her a try . 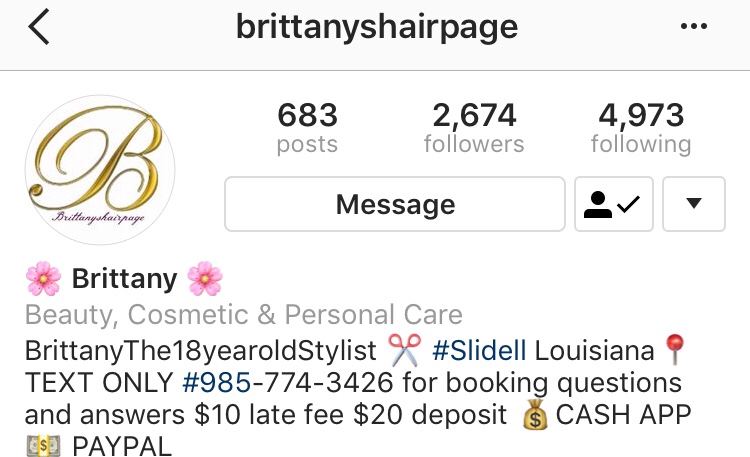 I let Brittany know that I wanted the new trend called “tribal braids” and she delivered to an even higher standard than I was expecting. In two and a half hours I walked out of her chair looking and feeling just like Thelma from good times. 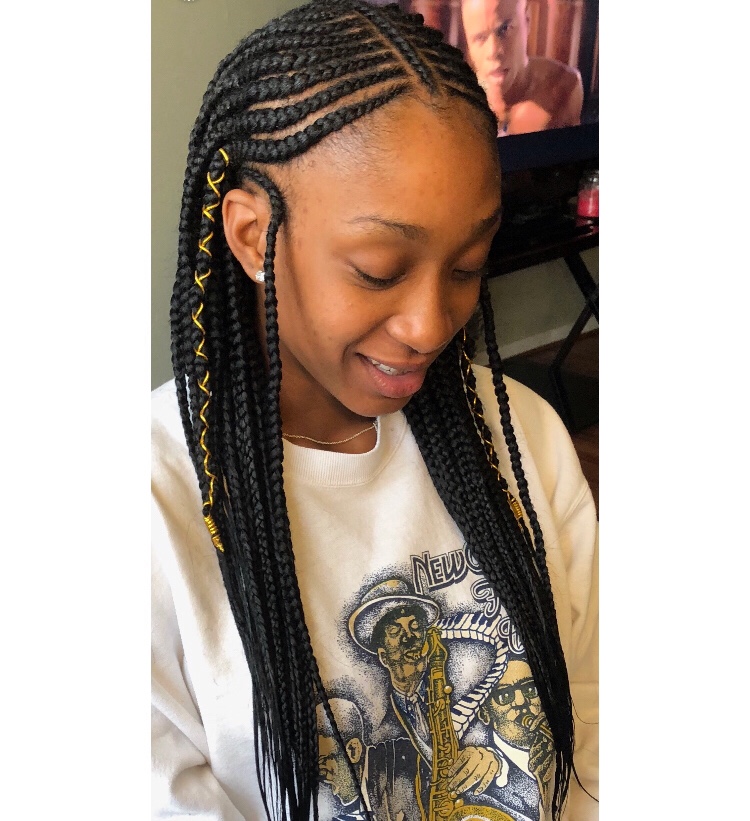